Having been going on to anybody who would listen (and those who wouldn’t) about the Key Information Sets for the past year or so, I actually managed to forget today was the launch of the new unistats website. Once there was talk of the ‘information age’, but now we have an ‘information cult’. In the information cult, if there is enough information about things we can made good and right choices. Back in the 1980s there was an advert for a bank, which parodied their rivals—each time a customer asked a question the bank employee would reply, “Here is a leaflet about it”. The point about their bank was that they actually answered your questions in person. 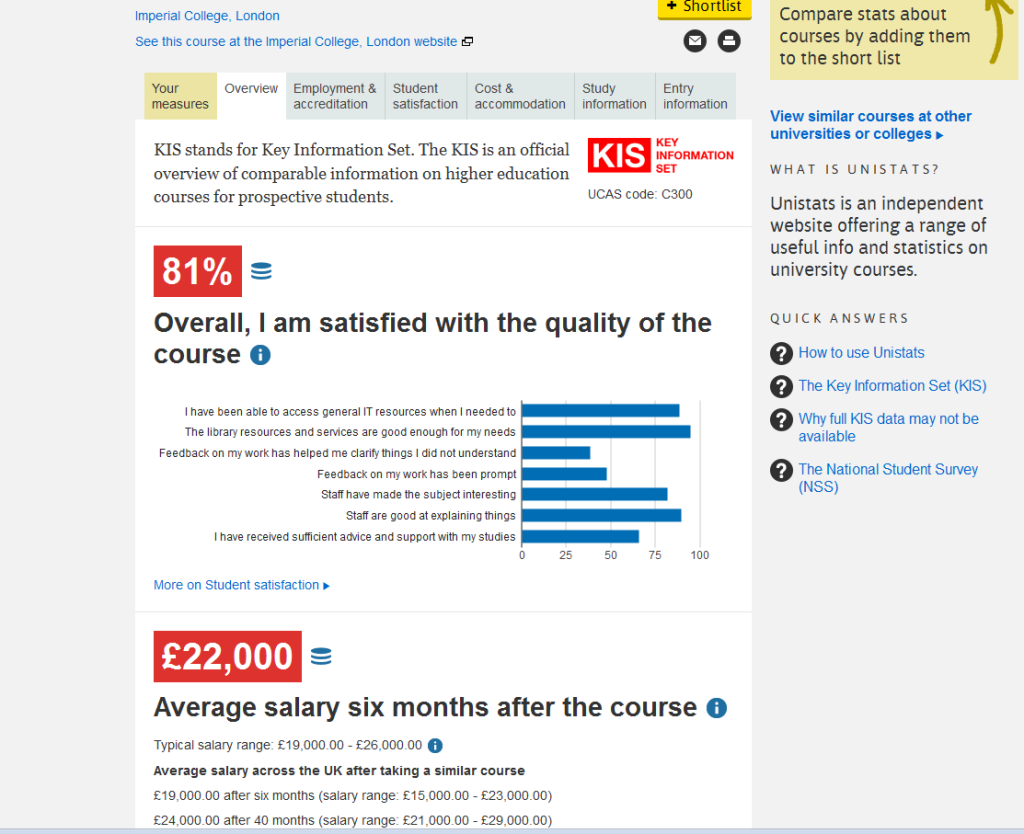 With the internet we have a gigantic worldwide “leaflet about it”, whatever “it” is. With the right information we can apparently make choices about which school to send our children to, what hospital to have our operation at, what car insurance to buy and which company is the cheapest for electricity this week. The launch of the new unistats has been receiving a lot of coverage, mostly negative on the Times Higher Website. The KIS contains information on salary, % of assessment which is coursework and scores from the National Student Survey, among other things.

As Roger Brown pointed out some months back, this is actually a moral issue. The idea that this information empowers potential students to make reasoned choices is very troubling. And like anything which is measured, universities (and any other organisations), as Adam Child is quoted as saying in the article, will focus on the what is measured rather than making improvements  which really matter. And where there are numbers there are league tables.

Some have suggested that choosing a university is becoming like buying car insurance a la Compare the Market. This is nonsense. You can change your car insurance company, you can move house, you can change your spouse and you can even your bank (allegedly we are more statistically more likely to change our spouse than our bank).  The time and money expense of university means a wrong choice can be disastrous.  Like a pawn move in chess it is made forever.  In one of his books, Scott Adams, creator of the Dilbert comics talks about the confusopoly, an economic system sustained on the collective ability of service providers to confuse consumers with complex pricing structures, tariffs and performance measures. Perhaps that is what we are coming to here with universities.